10 Hottest Hotel Openings of 2014 we are most excited about

The anticipated top ten, plus a few runners-up!

From city hotels to private islands, and from safari lodges to boutique hotels, we bring you a highly selective list of the best hotels, resorts, and lodges launched in 2014. Which one will make it onto your bucket list? 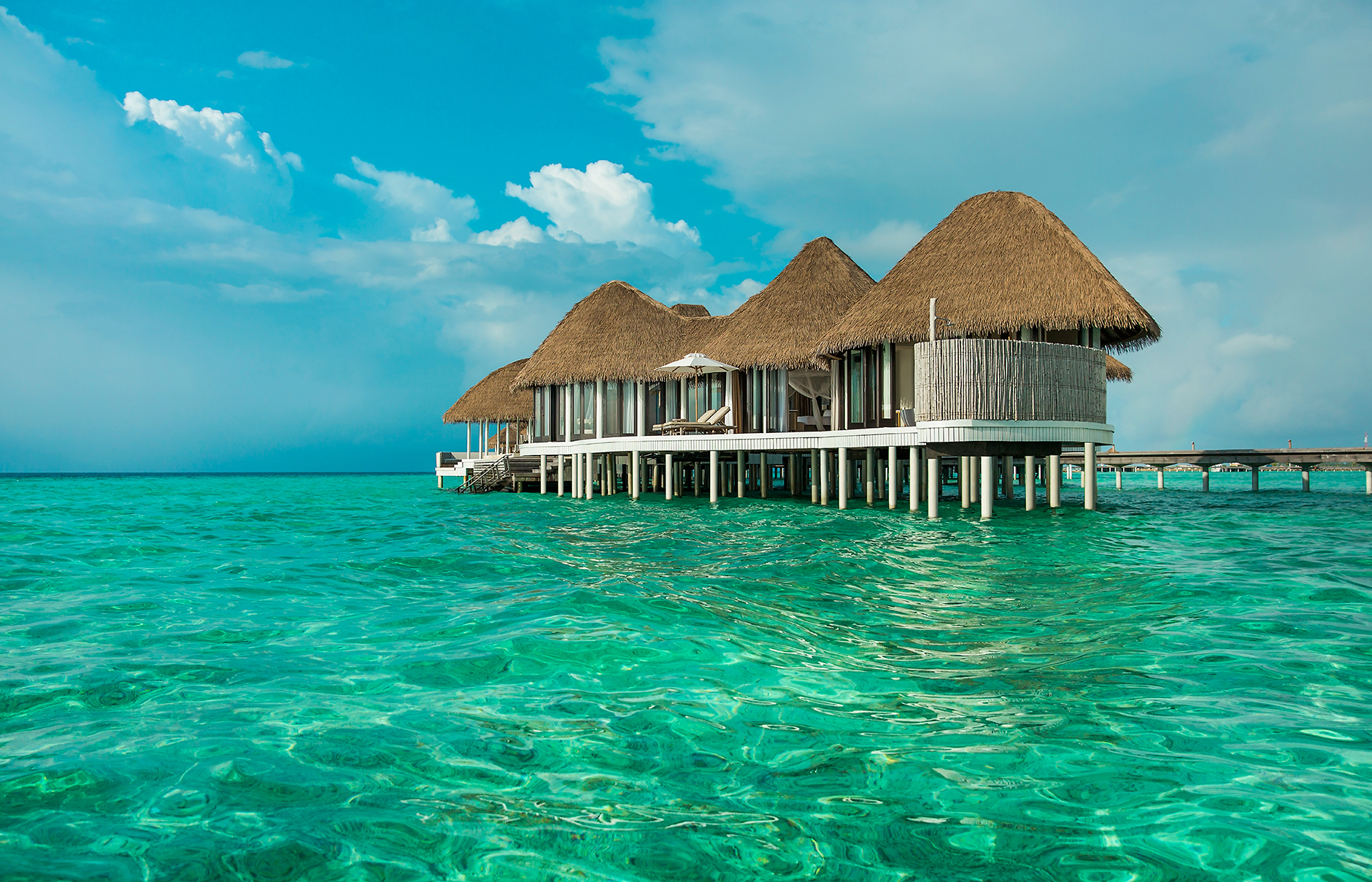 How do you find the most promising and exciting new hotels and resorts? Our annual list of the best openings is a great place to start your search.

We are extremely picky with hotels we select to curate here at TravelPlusStyle.com, so you can be sure that the hotels we select are the absolute top-of-the-league trendsetters in contemporary luxury travel. Coupled with the hottest locations, they are sure to satisfy even the most demanding sybarites. From the Maldives to Oman and from Paris to Botswana, the hotels we picked this year are the trendsetters in contemporary luxury as much as they reflect the hottest destinations. 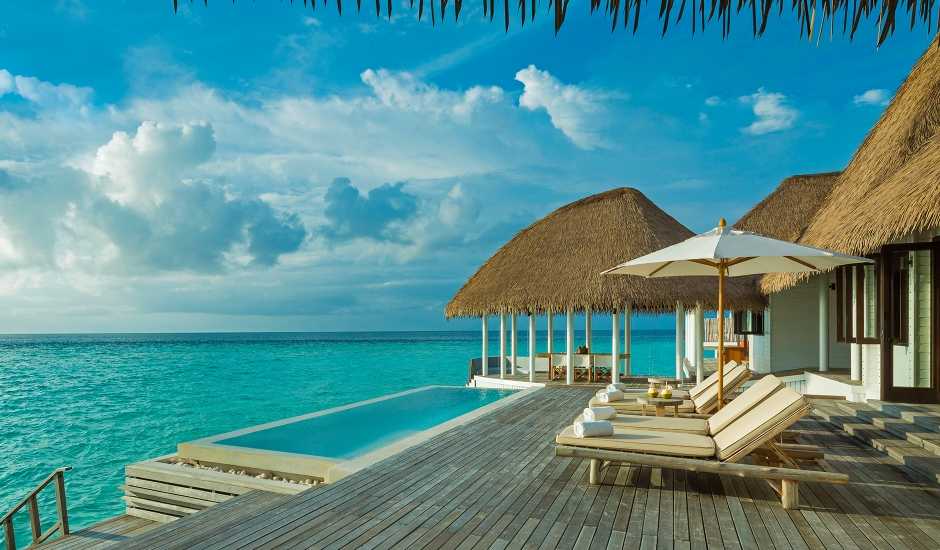 This is the first luxury resort given the license to open in the pristine Thaa Atoll, in the southwest of Maldives. Combining a wild island setting with luxury villas, COMO Maalifushi entices with peaceful ambiance and pared-down looks. It’s a lovely remote destination island, especially for couples who are after some peace and quiet, looking to escape it all.

Website: COMO Maalifushi, Maldives. Opened: April 2014.
Photos (including the leading image at the top of the article) © COMO Hotels and Resorts 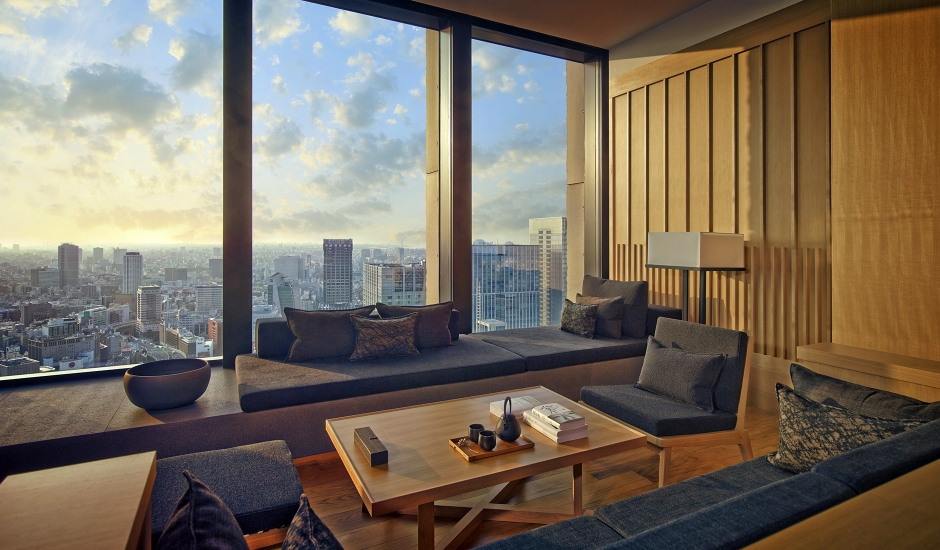 Aman Resorts are known for sophisticated destination hotels, situated in remote and tranquil locations, and focused on privacy, exclusivity, serenity, and impeccable personal service. Almost all these qualities are present at Aman Tokyo, but this is a city hotel and a departure for what was traditionally a beach resort brand. Occupying the top six floors of Otemachi Tower, and facing the Imperial Palace Gardens, Aman Tokyo has eighty-four rooms and suites, each with panoramic city views. The hotel’s centerpiece is its reception hall, rising six floors through the center of the building and distinguished by a majestic architectural feature resembling the interior of a Japanese paper lantern. 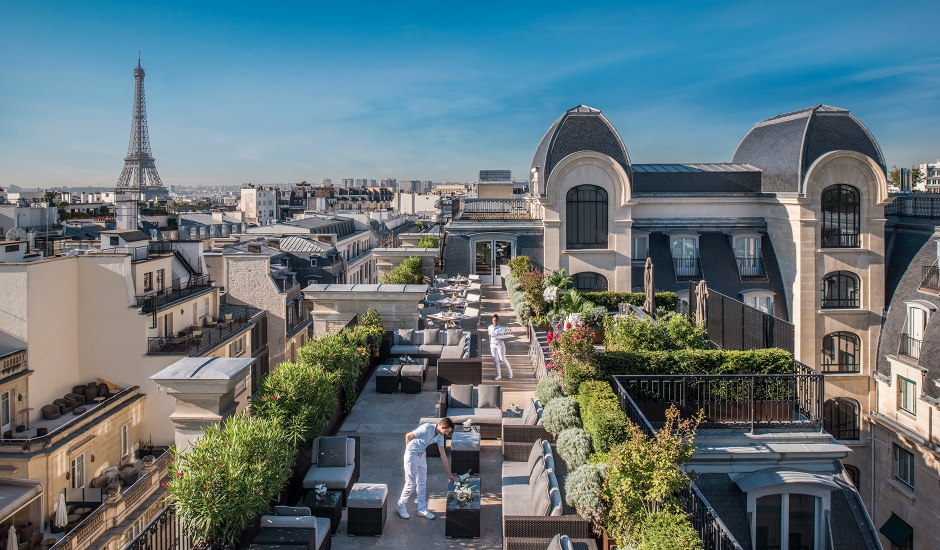 Hong Kong luxury came to the French capital with the opening of Peninsula on Avenue Kléber, just off the Champs-Elysées. Highly anticipated after much delay, this was the brand’s début not only in France but in Europe. The hotel wows its guests with the in-room high-tech, underground spa, and indoor swimming pool. The hotel features 200 rooms and five dining outlets. 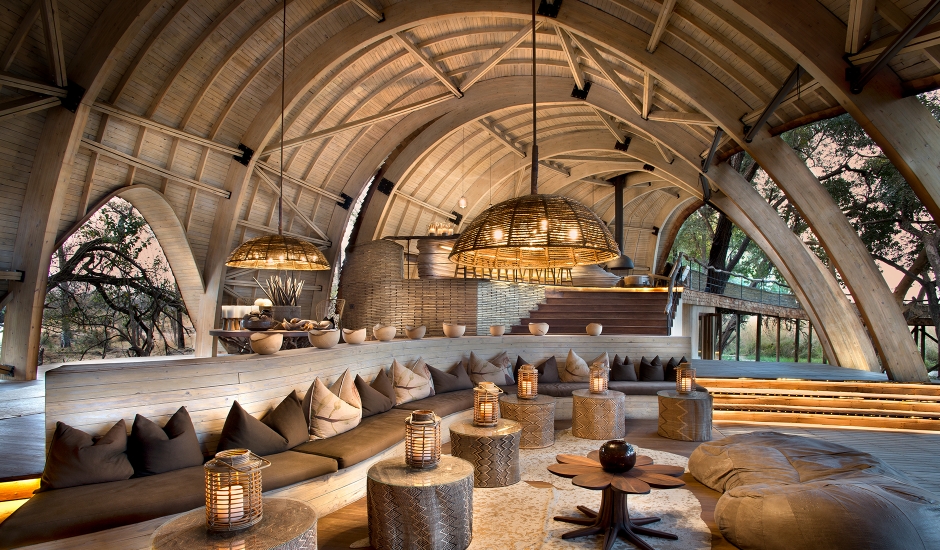 Sandibe Okavango lodge has relaunched after a thorough reimagination and overhaul, as part of the multi-million investment into &Beyond’s luxury safari camps and lodges across Africa. Uncluttered and elegant, the design of the lodge celebrates Botswana craft and refined elegance. The lodge is raised above their surroundings, and their suites overlook the rich in animal life landscape of Okavango delta. 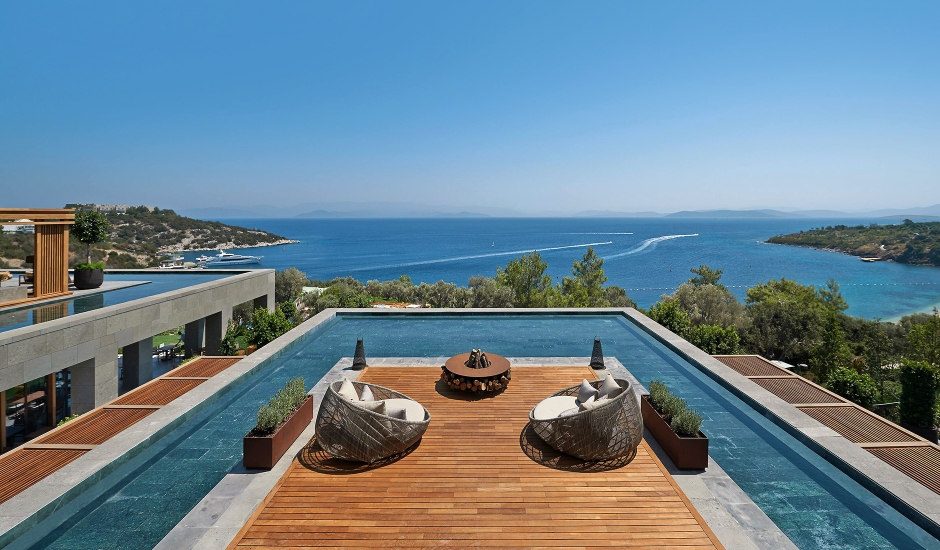 With the ratio of staff to guests almost 1:1, Mandarin Oriental offers refined luxury on the glittering coastline of Bodrum’s tranquil Paradise Bay. The resort is spread over nearly 150 acres on a wooded hillside, descending to two private beaches. The range of facilities includes restaurants, a fabulous spa, and a choice of stylish rooms, suites, and villas. The interiors are luxurious and sleek, laid with teak and marble, and are elegantly furnished. 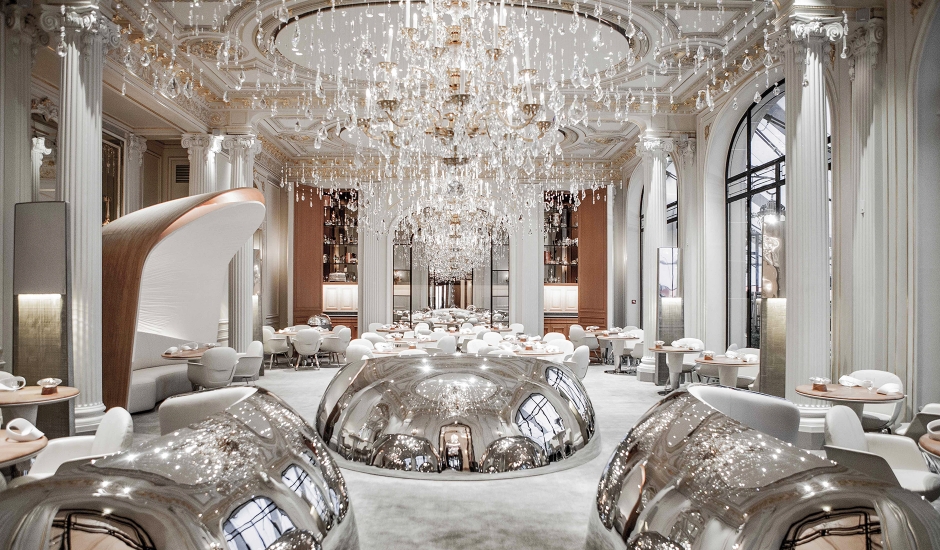 The most recent unveiling of this glamorous Parisian hotel followed a 200 million euro expansion and renovation. Opened with 208 rooms, a Christian Dior-appointed spa, five restaurants run by a Michelin-starred chef, and an air of exclusivity, the Hôtel Plaza Athénée embraces opulence, playfulness and ostentatious luxury. This fabulous hotel enjoys one of the most iconic views of Paris and earned fame as a location in fashion-themed films such as Sex and the City and The Devil Wears Prada. 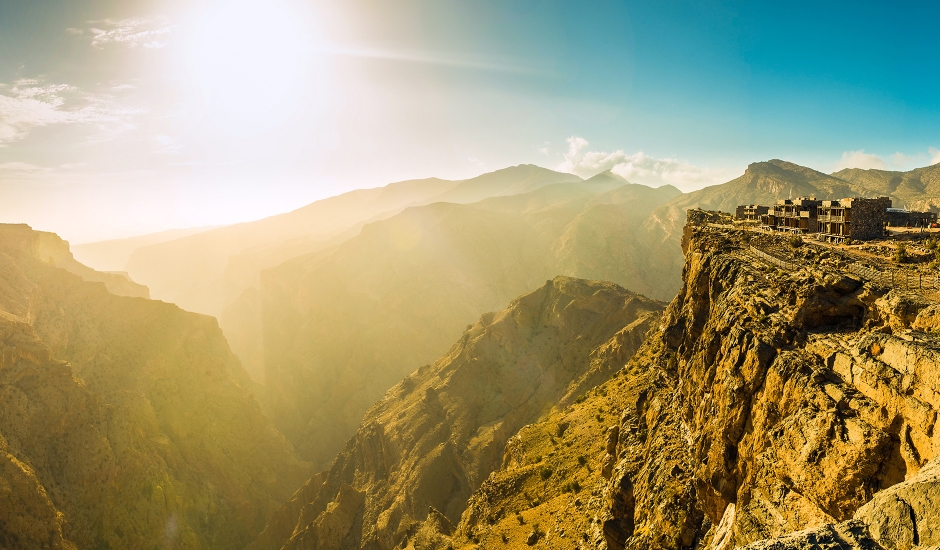 A sensory feast of sophisticated style, atmosphere and design

We’ve been to Oman’s Hajar Mountains and can attest: these landscapes are breathtaking. Positioned atop a cliff that drops hundreds of meters into a dramatic gorge, with stunning views of the mountains, Alila Jabal Akhdar uses the spectacular beauty of this region to the greatest advantage. Only some two-hour drive from Muscat, the resort is ideally placed for exploring the region. 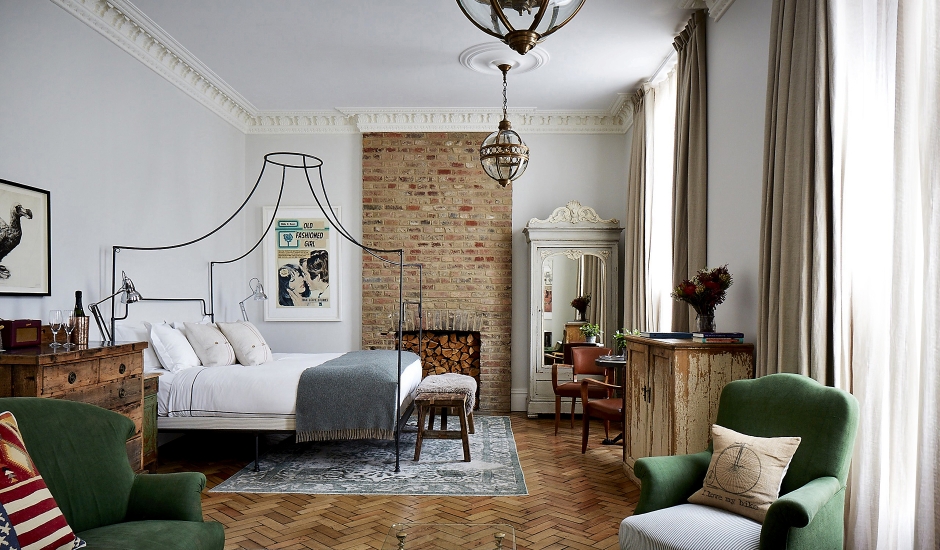 Fizzing with original art, quirky furniture, and playful ideas, the Artist Residence London is a small boutique hotel with only ten guest rooms, located on a peaceful side street of Pimlico. Vibrant and fun, the hotel offers retro-inspired rooms for a comfortable stay. Its original atmosphere and style is defined by a tasteful mix of velvet armchairs, milking-stools, antler chandeliers, Smeg fridges, and smile-inducing prints. 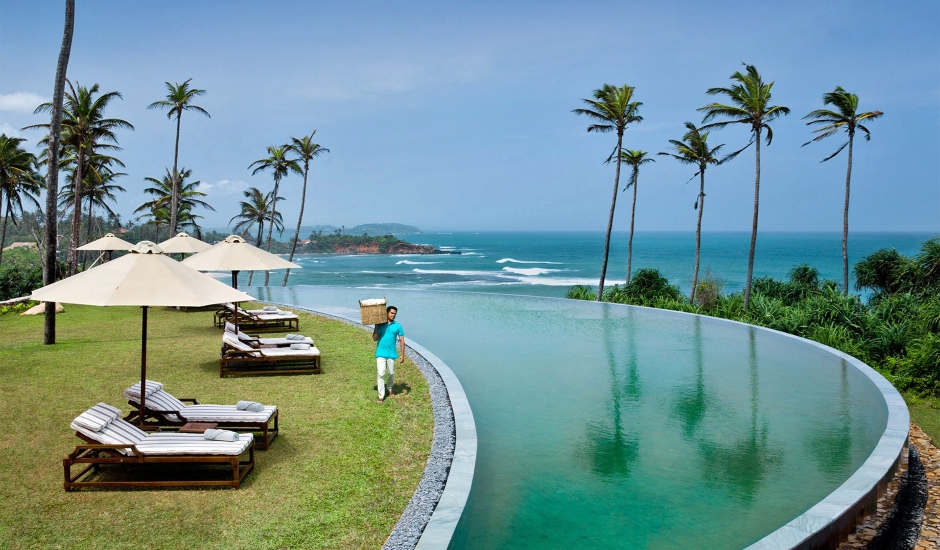 In recent years Sri Lanka blossomed into one of the hottest destinations for luxury travel, and new luxury resorts and hotels began to appear all over the island. Among the best ones is Cape Weligama. Perched on a stunning oceanfront cliff just 30 minutes outside of Galle, this gorgeous, boutique-style retreat is an all-in-one destination resort, with excellent facilities and superb spots for relaxing. The fabulous crescent-shaped swimming pool positioned on top of the cliff and just above the gym and bar is the hotel’s most iconic feature. 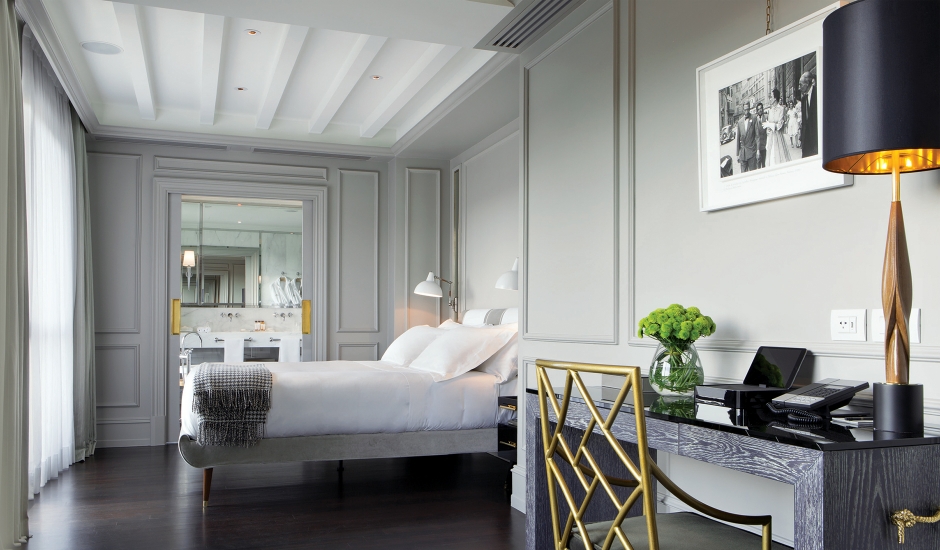 The Ferragamo family, who launched the Portrait Firenze, are reputed for luxury-redefining hotels. No wonder then that this 34-suite hotel has created quite a buzz. The accommodation ranges from 40m² studios to a 130m² Signature Suite, and the interior design recalls the high-life of the ’50s.

The 50 Hottest Luxury Hotel Openings of 2015

The best hotels launched in 2015

Let’s supplement the above 10 Hottest Hotel Openings of 2014 with the list of the hotels and resorts that are worth at least a mention, even if they didn’t quite make it to the list proper. 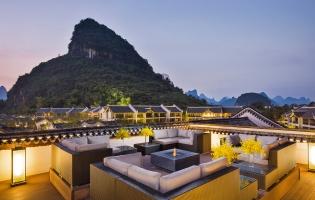 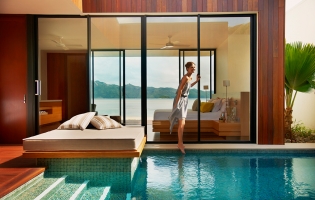 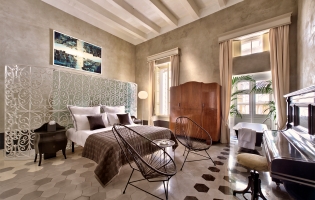 10 Hottest Hotel Openings of 2014 we are most excited about 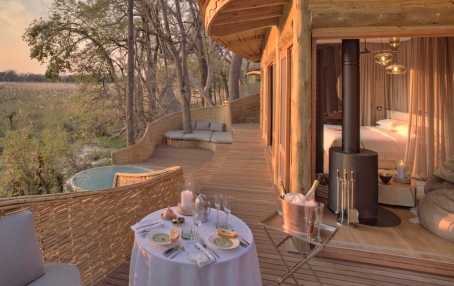 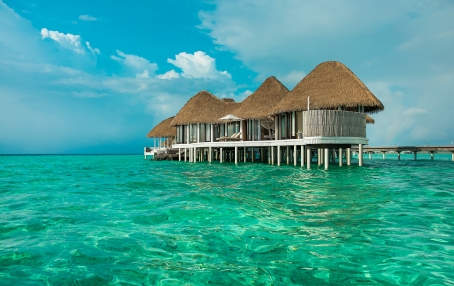 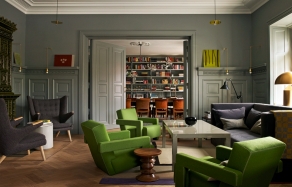 A home from home at Ett Hem, Stockholm 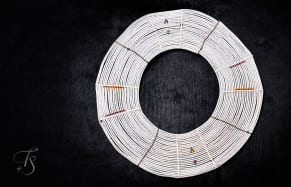 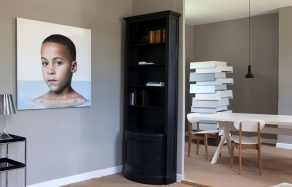